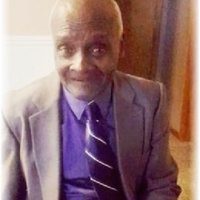 Jerry was born on January 24, 1935 in Holden, Missouri Jerry was one of nine children born to Edward Alonzo Hardin & Mary L. Johnson-Hardin; he was educated in the Holden School District.

Both of his parents Edward Alonzo & Mary L. Johnson-Hardin preceded him in death. Jerry was raised in a loving and caring home with his eight siblings (Gladys Marie Hardin, William Randolph Hardin, Virginia (Peaches) Hardin-Briggs, Bertha Marie Hardin Harris, Paul Martin Har-din, James Edward Hardin, Melvina Hardin-Shockley and Jack Dewayne Hardin) all of whom have preceded him in death.

Jerry accepted Christ as his Lord and Savior, and was baptized at an early age. Jerry joined the Navy in 1952 where he served for a little more than 3 years and was honorable discharged in 1956.

He was united in Holy Matrimony to Gladys Marie Williams on December 1, 1965 in Warrensburg, Missouri to this union five children were born, many years later the family moved to Holden, Missouri where they lived on the farm and raised their children for the next twenty-five years.

His wife Gladys and daughter Jerri preceded him in death.

It was in the early 90’s that Jerry and Gladys moved from their farm in Holden, Mo to Columbia, Missouri, after which they finally settled in Paris, Mo in 1997. Jerry worked for Peabody Coal Mine for many years and retired in the early 90’s; however, his best job was taking care of his wife and children. Jerry loved fishing and hunting and would conversate with anyone he came in contact with about fishing, hunting and his church. He leaves to cherish his memories: three sons~ Adrian Williams, Lee Hardin (Stephanie) Chico Hardin (Augustine), and one daughter~ Tanya (Earnest), Eight-teen Grandchildren; Seventeen Great-grandchildren; and a host of loving nieces, nephews, cousins, relatives, and friends.

A husband, a father, uncle and a grandpa too, we have this legacy from you. You taught us love and how to fight, you gave us strength, you gave us might. A stronger person would be hard to find, and in your heart, you were always kind. For all of us you gave your best, now the time has come for you to rest. So go in peace, you have earned your sleep, your love in our hearts, we will eternally keep.

A Celebration of Life service will be held on Saturday, December 21, 2019 at the FaithWalk Ministries at 2:00 p.m.