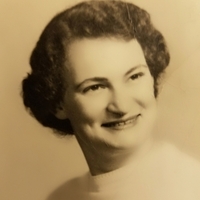 Janet was raised by the Kaiser’s on the East Coast of America.  She was an athletic child who played varsity hockey and softball.  Her field hockey stick was still in her home at the time of her passing.  At Abington High School her interest was in biology.  Janet’s other youthful endeavors included; yearbook sports staff, dance chairman for Gala Night and the Music Festival, and attendance to a Temple Mock Congress.   She learned organization and internos skills early in life.  Janet remained in contact with high school class mates throughout her life time.

Janet traveled to Michigan for further educational pursuits sometimes by car, bus, or train.  She visited family back east when family gatherings included a house full of family, guests and a large meal for all.   Janet graduated from Michigan State College in 1955, the same year it became officially known as Michigan State University with interest in Hotel/Restaurant Management. She traveled to the West Coast of America in 1958.  Before retirement Janet would visit both coasts again.  In the mid-sixties, Janet returned to Lansing, Michigan to raise her children and a multitude of loveable dogs over the rest of her lifetime in the 48910 area.  The Mid-west introduced new girlfriends with card parties that became monthly luncheons with some continuing even after retirement.

Neighborhood friends were an extension from growing children, or helping senior neighbors, to home ownership beginning in the nineties and a multitude of co-workers over her lifetime.  Her interest in dance transitioned to the hereditary family scouting and camping traditions. She delighted in hearing about everything at Wild Thing Acres.  A jack-of-all trades, the bread winner to homemaker and baker big and small.  Always an avid gardener with a specialty in front porch floral arrangements.

Always busy over her life time with endless, frugal and/or independent, do-it-yourself projects, too numerous to mention were most completed.  Always a working mother, her professional accounting career included the automotive, insurance, retail fields, and lastly as the Girl Scout Council of Michigan bookkeeper.  Retiring was just a new career start into volunteerism alongside the members of the South Lansing Kiwanis Club from early morning coffee meetings, fundraising and community projects including Hawk Island Park, dictionary deliveries to local schools, participating in Home Builder shows or ringing the bell at the mall for the Salvation Army at Christmas time, Janet always had something to do. She enjoyed the people she worked with as a volunteer bookkeeper for the Alfreda Schmidt Community Center lastly until her passing.  May she rest in peace and enjoy counting hay bales to infinity.

Her family would like to thank all of Janet’s; girl-friends, neighbors, co-workers, Kiwanians including a special co-pilot, along with the host of non-profit volunteers that Janet was able to be-friend during her lifetime.

Memberships during her life included Chief Okemos Council of the Boy Scouts of America and Girl Scouts of America, so In lieu of flowers memorial donations in Janet’s memory can be made to:

To send a flower arrangement to the family of Janet Myra Smith, please click here to visit our Sympathy Store.