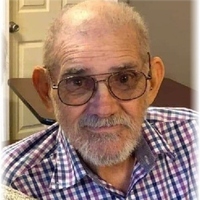 James Breckenridge (Breck) Thompson, 74 of Moberly, passed away at his daughter’s home surrounded by his family on Wednesday, May 6, 2020.

Breck was born on October 4, 1945 in Kansas City, MO, the son of James and Bessie Harriman Thompson. He graduated from Madison High School in 1963. Breck married Carolyn Roegge on February 18, 1973 in Mexico, MO and she survives the home. Other survivors include three children; Virginia (Ginny) Peters, Chasity Thompson (Dillon) of Moberly, MO, and Mariah (James) Mangram of Moberly, MO. Five grandchildren; Alexis, Colie, Kassie, JD, and Jack all of Moberly; Several other grandchildren and great-grandchildren. Two sisters; Dorothy Bartels, of Moberly and Mary Joe (Lowell) Woods of Madison, MO. He was preceded in death by his parents, and a son; James L. Thompson on May 8, 1999.

Breck worked for the Moberly Correction Center as a correctional officer for 28 plus years until his retirement. He was also a member of the Zion Lutheran Church in Moberly. He enjoyed hunting, fishing, reading a good book, spending time with his family and putting smiles on his grandchildrens’ faces. He loved collecting and shooting guns.

Graveside Services will be held at 11:00 a.m., Saturday, May 9, 2020 at the Walnut Grove Cemetery in Paris with Reverend Mathew Resner officiating. A Private family visitation will be held from 10:00 a.m. on Saturday until time of services at the Agnew Funeral Home in Paris.

Memorials may be made to the Zion Lutheran Church in Moberly, MO