He was born July 3, 1943 in Shreveport, LA to James and Eva Stokes. James attended Woodlawn Highschool and LSU Shreveport, he served honorably in Vietnam as an Army soldier. James was the best damn mechanic you’ve ever seen and an even better father. He rode Harleys like he was born for it and fished until it was dark out. He was always the adventurous sort. He was a long time member of Grace Community Church.  Proceeded in death by both parents, his two brothers Larry and Jerry Wayne and his faithful mutt Myla.  He is survived by his current spouse Li and Ex wife Susie, his five daughters, Christian, Megan, Maranda, Shannon and Angela and Chan Tha, and all of his grandkids “Fatman”, Kolby, Amya, Taja, Grayson, Skylar, Hunter, Rhyder, John Austin, Conner, Grace, Austin, Grant, and John Thomas.  Every time you hear the rumble of a Harley, that’s him, he will forever be with us. 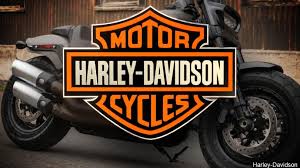