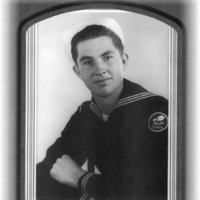 Following a recent hospital stay, James Gilbert Rives (known as Jimmy), 93, of Paris, MO died as a result of kidney failure on Tuesday evening, Nov. 17, 2020, at the Monroe Manor Cottage in Paris.

Due to ever increasing Covid-19 cases in Monroe and surrounding counties, no public visitation will be held.  A private burial with military honors will be conducted at Walnut Grove Cemetery in Paris, MO.  Friends are invited to stop by the Agnew Funeral Home in Paris, MO or visit https://www.agnewfuneralhome.com/ to sign one of the guest books. Viewing of Jim’s burial service will be available for family and friends to experience on YouTube at a near-future date.

Jimmy was born July 21st, 1927, on a farm near Goss, MO, to Opal Ruth Dooley and Coy Sterling Rives.  He would grow up to be the fourth generation to own and operate the family farm – where he was working a team in the fields by the age of five.  He married Marilee June McCord, October 23rd, 1949 at the Monroe City Methodist Church.  He attended grade school at Goss, MO, graduated from Paris High School, and went on to serve in the U.S. Navy in 1945-1946 (with duties in Great Lakes, IL, Port Hueneme, CA, Pearl Harbor, HI).  After his military service, Jim went nights to Agricultural GI School for 2 years, while also farming and doing part-time work at Fletch Brother’s Clay Mining Company.  He then went on to supervise custodial services for Diemakers, Inc (a die-casting factory in Monroe City, MO) for 22+ years – all the time still managing his farm. He loved being around family and friends. He was extremely well read on numerous subjects. He was proud of his independence and good driving record.  He loved his vehicles, and it showed. His favorite food was chicken; but, he’d eat most anything. He favored RFD TV, News, Weather, old TV shows from the 50’s and 60’s, and variety music shows like Lawrence Welk and Ed Sullivan. He liked camping and traveling throughout the US with his wife (June), until her death in Oct, 2011; and he dearly loved the Honor Flight he and his son-in-law went on to Washington, D.C. in the summer of 2012.

Jim was known throughout his life for his big smile, twinkling eyes, large stature, and generous spirit.  In fact, those traits landed him the gig of the yearly Paris Santa for 15 years (mid 60’s and 70’s).  He was active in civic affairs (serving as President and District Lt. Governor of the Paris Optimist Club) was involved with starting the Mark Twain Old Thresher Reunion, served on various community boards and committees, and was a member of the Church of Jesus Christ of Latter-day Saints in Moberly, MO (serving as a Sunday school teacher, Bishop, and numerous other positions).

In lieu of flowers, and in memory of Jim’s long-term relationship with Santa, Memorial contributions are suggested to Christmas Is Caring, c/o Agnew Funeral Home, PO Box 57, Paris, MO 65275.