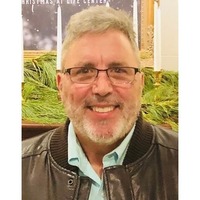 He was born January 11, 1958 in Hershey, son of the late Clayton and Lorraine (Hand) Hoke.

Jack had worked as a regional sales manager at Conestoga Ceramic Tile Distributors. Jack enjoyed doing missionary work and spreading the word of the gospel. Jack performed missionary work in Brazil and other areas of South America. He attended Christ Community Church in Camp Hill where he served as a deacon; and attended Life Center in Harrisburg.

He is survived by three daughters, Lyndsai, Karlee and Abby Hoke, and granddaughter, Olivia Kurtz all of Mechanicsburg; sisters, Jane Hoke of Hummelstown, Harriet Reed of New Cumberland, and, Sue Hoke of South Carolina.  In addition to his parents, he was preceded in death by brother, Clayton Hoke, Jr.

In lieu of flowers, memorial contributions can be made to the Alpha Prison Program. An organization in which Jack was involved that supports inmates in preparation for their life after prison. https://alpha.givingfuel.com/give

Hoover Funeral Homes & Crematory of Hershey is handling the arrangements.

To send a flower arrangement to the family of Jack Hoke, please click here to visit our Sympathy Store.