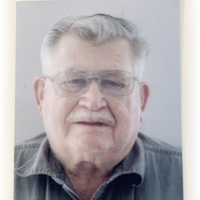 Henry (Hank) A. Marshall, 80, Stoutsville, MO passed away at home surrounded by family and friends on Wednesday, November 18, 2020.

Hank was born in Wilmington, Illinois on May 06, 1940. He attended St Rose School and graduated from Wilmington High School in 1958. He attended Quincy College (now Quincy University) and received an associates degree from Joliet Junior College. He also received All American Honors for football as a running back for JJC in 1960. He earned a bachelors degree in general and physical sciences from Northern Illinois University. He also studied at the University of Alaska in Fairbanks.

Hank taught at New Lennox Junior High from 1963 through 1970 and coached the boys basketball team through many undefeated seasons.  He also taught at Wilmington High School from 1970 through 1974 where he coached varsity boys basketball and fresh-soph football. Hank was one of the founding fathers for the Wilmington Pop Warner football program (Wilmington Bobcats) in 1970.  He was also instrumental in starting the Ritchie, IL chapter of the Izaak Walton League.

Hank ran Marshall Construction Company from 1970 through 1974.  He joined Carpenter Local Union #1092 in Seneca, IL in 1974, worked out of Millwright Local Union #722 in Salt Lake City UT, and retired from Millwright Local Union #2158 in Moline, IL.  He spent numerous years working as a Craft Labor Supervisor for Westinghouse performing maintenance outages on steam turbines at nuclear power plants throughout the country.

Hank is survived by his beloved wife of 13 years, Kanyarat; his three sons with Anita Vandermark: Jeffrey of Paris, MO, Steven (Erika) of San Jose, Costa Rica, and David (Candice) of Paris, MO; his three step-children Rathanok, Naracha, and Nattasorn all of Thailand; sister Irene Heselton (Gerald) of Encinitas, CA, brother Frank (Tami) of Rembert, SC, and sister Patricia Weiger (Mark) of Naperville, IL.  He was adored by his 12 grandchildren and 15 great-grandchildren and numerous nieces and nephews.  He was preceded in death by both his parents, Hiram and Catherine Marshall of Wilmington, his sister Anne (Richard) Fine and his brother Robert.

As per Hank’s wishes, cremation rites have been accorded and a memorial service will be held at a later date.