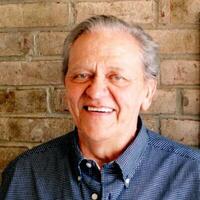 Dr. Henry Leon Dragun, 88, of Severna Park, Maryland, passed away peacefully on May 14, 2020 at Anne Arundel Medical Center in Annapolis surrounded by his loving family.

Born February 24, 1932 in Philadelphia, PA, to the late Anna and John Dragun, Henry was the youngest of six children. After graduating from Lasalle College High School in 1949, he completed a Bachelor of Arts degree in chemistry at the University of Pennsylvania in 1953, and a Ph.D in physical chemistry at Rutgers University in 1960.

Henry researched polymers for E.I. DuPont in Delaware 1959-1962; and as Senior Chemist, developed new rocket propellants while working for Thiokol in Maryland 1962-1965. He went on to spend 32 years as a devoted chemistry professor and professional mentor at Anne Arundel Community College in Arnold, Maryland. During his tenure, he served as both the Head of the Chemistry Department from 1967-1987, and as the Science Division Chairman 1969-1974 and again from 1987 until his retirement. In recognition of Henry's tireless efforts and success in his endeavor to grow the science department's programs, establish high academic standards, and benefit the intellectual growth of his students, the Science Building was re-named the “Henry L. Dragun Science Building” in his honor. Although he retired in 1997, he continued tutoring and mentoring students part-time in the years that followed.

Besides his desire to help people, Henry was very interested in finance, and computer technology. In later years, he enjoyed many trips abroad with his wife Susanne to various corners of the world. He was passionate about his family, friends, and students, and in addition took great pleasure in reading and the companionship of his two most loyal friends – his dogs Champ and Merlin.

Henry was preceded in death by his brothers, Ed, Frank, and Leo and sisters, Stella and Frannie.

In lieu of flowers, memorial contributions may be made to the Henry L. Dragun Scholarship Fund. Checks made payable to: James Mason, Esq., CPA, 600 Baltimore Annapolis Boulevard, Severna Park, MD 21146.

Online condolences may be made at www.barrancofuneralhome.com