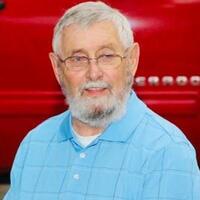 Gregory Daryl Stippich, of Indianapolis, IN, passed away peacefully in his sleep at home on Saturday, June 13, 2020 at the age of 75.

Greg was born to parents Mildred and Lawrence Stippich on October 4, 1944 in Indianapolis, IN.  He grew up the eldest of two children on the west side of Indianapolis and graduated from Cathedral High School in 1962.  After working at Herff Jones, he joined the United States Marine Corps in April 1964.   Greg married his high school sweetheart and love of his life, Marshia Joan Brown on July 27, 1964 in San Diego, CA.   During his enlistment, Greg was stationed at Camp Pendelton, CA, South Bend, IN and served one tour in Da Nang, Vietnam.  After his honorable discharge, he returned to Indiana and worked at Indianapolis Power and Light for over 30 years.

Greg and Marshia were blessed with four children:  Kris (Kurt) Schepers of Carmel, IN, Karin Hollifield of New Orleans, LA, Scott (Karen) Stippich of Brownsburg, IN, and Peter Stippich of Indianapolis, IN.

Greg was fondly known for his famous chocolate chip cookies and ice cream sandwiches which he would make for the Ben Davis High School football, baseball players, and anyone who would eat them.  He loved to feed anyone who would let him.  Often times, his kids would come home to a couch full of their friends watching sports and eating food with their Dad!

Greg had a passion for people and sports.  He was a very kind, easy going and non-judgmental man.  He never met a stranger.  He could carry on a conversation with anyone.  He was genuinely interested in people and how they were doing.  Greg enjoyed attending and watching sporting events and could recall many plays, scores, stats of players for high school, college and professional teams.

Greg absolutely adored his five grandchildren – all grandsons:  Grant, Reid, Adam, Gabriel, and Mark.  He was always engaged in what they were doing.  His face would just light up whenever they were around or when they would call him on the phone.  When they were young, he always had one in his arms or sitting on his lap.  Definitely a proud Grandpa!

While Greg’s passing is one of great sadness, it is his family’s hope that each person who was touched by his kindness will carry on his positive attitude and passion for people.

Greg is survived by his wife, Marshia; his children - Kris, Karin, Scott and Peter; his grandchildren - Grant, Reid, Adam, Gabriel, and Mark.  He is preceded in death by his parents, Lawrence and Mildred; his sister Anne; and his first-born son.

In lieu of flowers, please consider donating to the Disabled American Veterans in memory of Greg.  www.givedirect.org/donate/?cid=779

Online condolences may be shared with the family at: www.conklefuneralhome.com