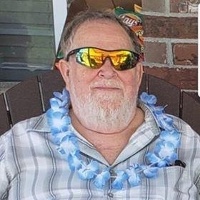 Jerry graduated from Washington High School in Massillon, Ohio in 1961.

Jerry is preceded in death by his father Robert, in 1993, a brother David, and a sister, Donna.

He is survived by his mother, (101 years old) Esther Reinoehl and a brother Ken, who both live in N. Canton, Ohio, son, Marc Reinoehl of Nevada, TX, daughters, Linda Reinoehl of Spokane, WA, and Teresa Young of Irving, TX.