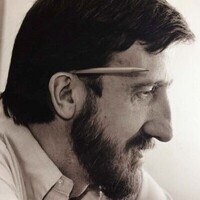 “Of all the games he played or dared, His final game was solitaire.”

George J. Wilkerson passed away at home surrounded by family on May 12, 2020.  He summed up his three -year fight as “Just Doin’ the Cancer Dance. And when the music stops, the dance is over.”

George’s life was so vast and impactful, no written obituary can express how he affected the people he encountered throughout his life. Those testimonies lie within the hearts of those who loved him.

George’s lifelong dedication to his passion as an educator and writer created many highlights in his life. George served as the Humanities Division Chair at John Tyler Community College. He was the founding Dean of Instruction at Austin Community College. He was an adjunct instructor and taught legal writing at the University of Texas School of Law. Most recently he was an adjunct instructor at Columbia State Community College.  George designed and developed the first on-line Freshman English Program in Texas.  He taught and developed online courses for Maryhurst University (Oregon); Southern New Hampshire University; the Fielding Institute (Santa Barbara, CA); The New School (New York City); and Kaplan College. George authored technical documents while working for Shell Petroleum Development Corporation; Balcones Computer Corporation; Dell Computer Corporation; Radian International LLC; and General Electric Corporate Research and Development.

George was one of the early creative writers and cast member of Esther’s Follies, which is the #1 comedy troupe in Austin, TX.

George had the distinction of being one of the three first Liberal Arts graduates from Geneseo.  On his 25th college reunion he took his only son to the place he credits as, “where the groundwork was laid for what has been a rich and rewarding life.”

While working as a Program Coordinator at Shell Petroleum Development Corporation George took a team of writers and engineers to Nigeria, Africa and exchanged his first class ticket for two coach seats so he could give his black daughter the opportunity to travel to Africa.

George is survived by his wife (twice),  Barbara Zechner; and his children  Jennifer Wilkerson Jemison (Robert Jemison) and John Wilkerson (Teresa Keen); his sister Audrey Thornlow; and his five grandchildren, Alexis,  Autumn and Ava Jemison and Austin and Ashton Wilkerson.

The family will not be holding services immediately, due to the current environment. They plan to hold a celebration of life event in August 2020.