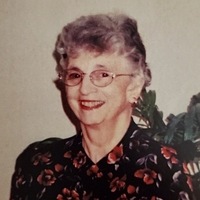 Elizabeth Murphey von Frankenberg, of Waynesboro, VA, passed away peacefully on October 18, 2019 at Augusta Health in Fishersville, VA.  She was 85.

Bettie was born in Philadelphia, PA to the late Elizabeth B. Murphey and Maj. Gen. Henry S. Murphey, MD.  She lived many places during her youth, including Philadelphia, the Philippines, Palm Springs, CA, San Antonio, TX and the Panama Canal Zone due to her father’s employment with the Army.  Bettie graduated from St. Mary’s Hall, San Antonio, TX in 1951.  She received her Bachelor’s degree in Psychology from Swarthmore College in 1955, and her Master’s of Social Service Degree in Psychiatric Casework from Bryn Mawr College in 1957.  Bettie worked as a Clinical Social Worker for a number of agencies, including the Eastern Pennsylvania Psychiatric Institute and the Veterans Administration Hospital in Philadelphia, the Family Society of Ithaca and the New York State Child Guidance Clinic in Ithaca, NY, the Newark Family Counseling Center in Newark, DE, and the Delaware Curative Workshop in Wilmington, DE.

Bettie married Carl A. von Frankenberg (deceased) in 1957.  Following Carl’s completion of graduate school at the University of Pennsylvania and his post doctorate work at Cornell University in Ithaca, NY, they resided in Newark, DE where Carl worked as a Chemistry professor at the University of Delaware.  In addition to her employment, Bettie was an active member of St. Thomas’ Episcopal Church, New Castle County Master Gardeners, Newark Area Welfare Committee, Needlework Guild, Arthritis Foundation, Foster Care Review Board, Handicapped Advocacy Network of Delaware, University of Delaware’s Women’s Club and other social service organizations.

The family expresses gratitude and appreciation to all of Bettie’s friends and caregivers for their loving friendship and support during her journey. She treasured all of you more than you will know.

A memorial service followed by a reception will be held at St. John’s Episcopal Church in Waynesboro, VA on Saturday, October 26, 2019 at 11am.  The family will also receive visitors at St. Thomas’ Episcopal Church, Newark, DE on Sunday, October 27, 2019 at 2:30pm.  Burial will be private.