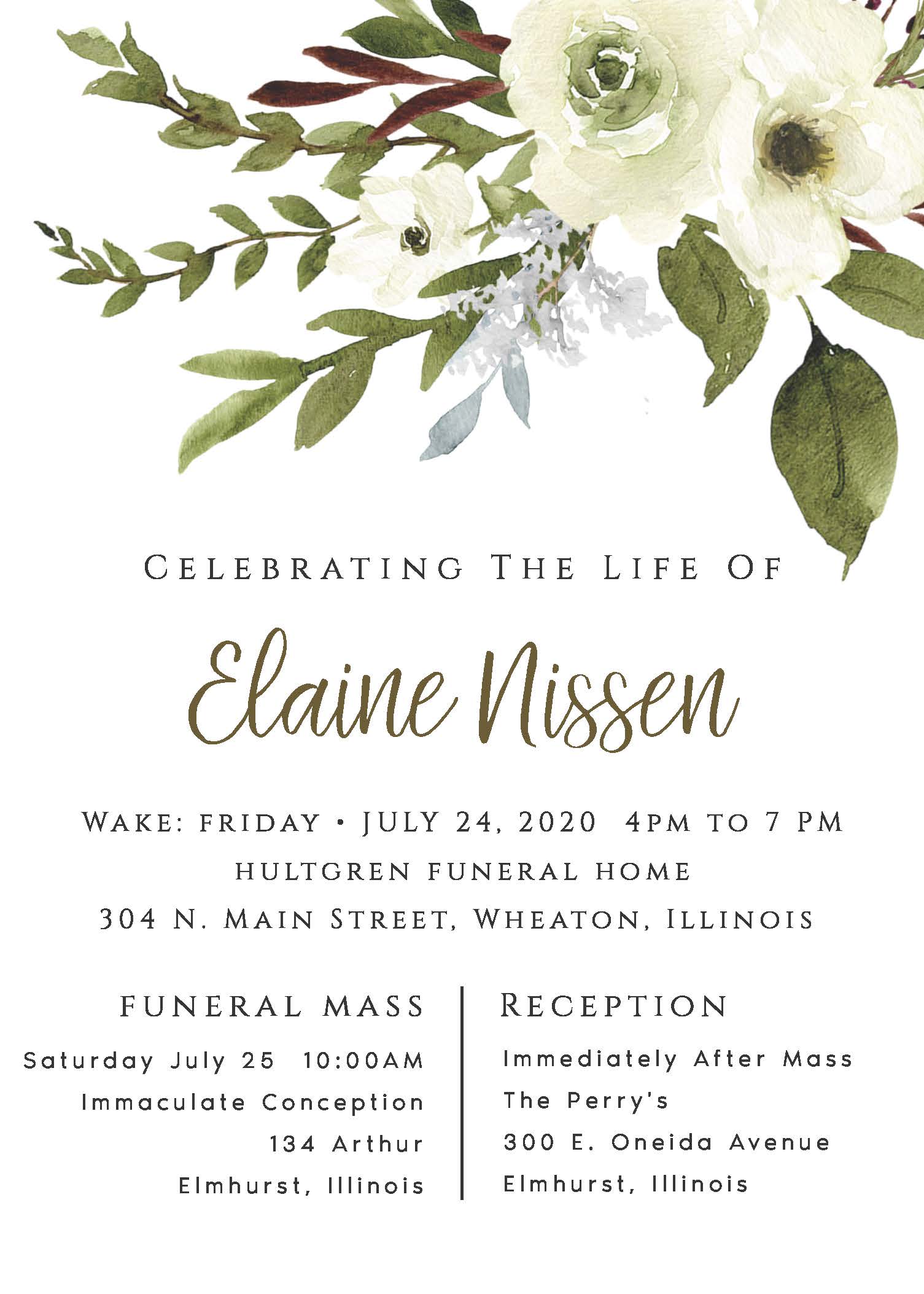 Elaine Mary Nissen (Bultman) a resident of Glen Ellyn, passed away on March 17, 2020, one day before her 78th birthday, surrounded by her family.

Elaine brought her warm smile, positive attitude and love and laughter everywhere she went. Elaine was truly one of a kind and will be dearly missed and always remembered.  Her legacy will live on in the many people whose lives she touched.

Elaine was born March 18, 1942, and was raised in Milwaukee, Wisconsin.  Elaine was the daughter of Francis Bultman and Ethel Harkins Bultman who preceded her in death.  She was the fifth child of 19 children.  She graduated from University of Wisconsin Milwaukee with a Bachelor of Science in Accounting and later obtained a Masters in Business Administration.  She was also a licensed Certified Public Accountant.

During her career in finance, she was a highly respected financial executive. She rose through the ranks despite being one of the few women in finance at her level.  She served as Chief Financial Officer and VP of Finance at several manufacturing companies throughout her career including Elkay Manufacturing, Block and Company and Spring Air Company.

Elaine volunteered her accounting skills for several years at Wellness House in Hinsdale. She recently served as Treasurer for the Wheaton Glen Ellyn Chapter of the American Association of University Women.

In lieu of flowers, the family suggests memorial contributions be sent to the Northwestern Memorial Foundation in Chicago or to Wellness House in Hinsdale.

Express your condolences with flowers sent to Elaine's memorial service