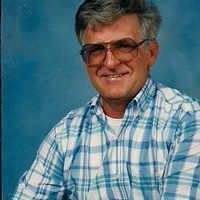 Edwin Morris Wiedmaier, 77, of Easton, Missouri; passed away Saturday, May 16, 2020 at his home surrounded by his daughters.

Edwin was born September 6, 1942 in Hurlingen, Missouri to Gilbert and Letha (Cooper) Wiedmaier.  He was the sixth of twelve children.

On October 8, 1965 he was united in marriage to Wanda May Muir.  Their marriage lasted almost 40 years, ending with her passing  on May 7, 2005.  Three daughters were born to this union, Rebecca Wiedmaier, Lisa Hood and Amie Wiedmaier.

Edwin worked 40 years at Missouri Gas Energy from which he retired. Edwin's true calling in life was being a farmer.  He farmed several hundred acres and raised cattle during his years.

Among his other talents, Edwin was a great baker.  He especially loved making peanut clusters and sharing them with family and friends at Christmas time.

He was preceded in death by his wife, Wanda; his parents, brothers, James Wiedmaier, Francis Wiedmaier and sister, Janet Haverkamp.

Graveside Service and Inurnment 10:00 AM Thursday at St. Mary's Cemetery, Hurlingen, Missouri.  Per Edwin's wishes a Celebration of Life will be  held at a later date.

Visitation will be held after 12:00 PM Tuesday at Heaton-Bowman-Smith & Sidenfaden Chapel, where the family will receive friends 5:00 to 7:00 PM Tuesday.

The family would like to extend their sincere gratitude to his special caregivers without their love and support Edwin would not have been able to continue to have lived the remainder of his life on his farm.

To send a flower arrangement to the family of Edwin Morris Wiedmaier, please click here to visit our Sympathy Store.