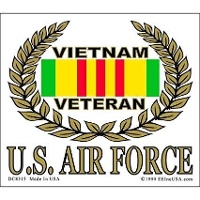 Mr. Romans was born July 5, 1941, in Guntersville, AL, to the late O.L. and Gladys Romans. He was a proud veteran of the United States Air Force, where he served during Vietnam. He retired from the Air Force as a Fuels Supervisor for the Petroleum and Lubricants division in 1981. He was a member of the Caledonia Church of Christ. A soft-spoken man who loved his family dearly, he was a proud patriot. He loved the outdoors, “piddling” in his shop, taking care of his lawn and enjoyed vegetable gardening. A wonderful husband and father, he was especially proud of his role as “Paw Paw” to his grandchildren and great grandchildren. In addition to his parents, he was preceded in death by one sister: Peggy St. John.