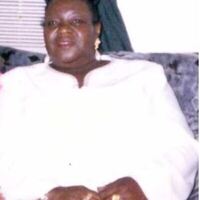 On December 26, 1964, Earline was united in holy matrimony to Jimmie Lee Smith.  Shortly thereafter, they relocated to Dunkirk, New York.

After working 28 years at SUNY Fredonia University, she retired. She was an active member on the board of the Dunkirk Chapter of the NAACP.

Earline died Saturday morning, April 25, 2020, at the Chautauqua Nursing and Rehabilitation Center following a brief illness. Preceding her in death was her mother and father; four brothers, Earl Jr., Willie B., Henderson, and Roosevelt Watson; and two sisters, Lorine Jordan and Floretta Watson.

To send a flower arrangement or to plant trees in memory of Earline Watson Smith, please click here to visit our Sympathy Store.