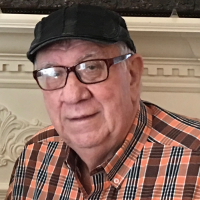 Mr. Douglas L. McKay, age 76, of Valley, Alabama formerly of Hamilton, Alabama  passed away on Friday, August 2nd, 2019 at his residence. He was born on September 4th, 1942 in Fulton Bridge, Alabama in Marion County.

He was preceded in death by his parents, Almon Vernon McKay and Ozie Katherine McKay; his brother, Kermit Vernon McKay; his sister, Kathleen McKay Dillon.

Mr. McKay graduated from Hamilton, Alabama High School in 1960. He attended Itawamba Junior College. He was a graduate of Florence State College (UNA), and the University of North Carolina where he received his Master’s degree in Air Pollution and Industrial Hygiene. Over the years Mr. McKay worked for the Alabama Dept. of Public Health, for the NASA Medical Dept. in Huntsville, was an Industrial Hygienist for West Point Pepperell, and was the Owner/Operator of KMS EnviroHealth. He enjoyed square dancing, camping, sailing, and going Auburn Football tailgating with family and friends. He was a “hugger” who would always assist anyone in need. He loved a bargain, and couldn’t pass up a deal, good or bad. He loved spending time with his family and grandchildren.

Services will be held on Sunday, August 4th, 2019 at 3:00 PM (EST) at the Johnson Brown-Service Funeral Home Chapel in Valley. The Reverend Earl Ballard will officiate. A private family graveside service will be held at a later date. The family will receive friends Sunday afternoon from 2:00 PM (EST) until the service hour at the funeral home. In lieu of flowers the family asks that donations be made to the Spencer Cancer Center of EAMC via the EAMC Foundation, www.eamcfoundation.org, 2000 Pepperell Parkway, Opelika, Alabama 36801 in his memory.