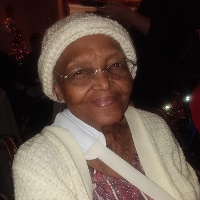 Doretha Hutchinson, 88, returned to her heavenly home on June 10, 2019, with her family by her side as she passed. Her devotion to her family and her firm belief in God supported her in her struggles over the last few years and ultimately gave her peace.

Born on February 7, 1931 in Lake Butler, Florida, she lived in various locations in Florida, especially Southern Florida during her childhood and early adult years.  She married the late Ottis L. Hutchinson in 1959, and they traveled throughout the United States while he served in the United Air Force.  They decided to return to Lompoc to retire in 1974, and Doretha lived here for almost 45 years.  Doretha was predeceased by her loving husband in 1976 and her parents very early in childhood.

Doretha will be lovingly remembered by her two children: son Ottis Jr. and his wife Suzanne of San Antonio, Texas; and daughter Dorothea Hutchinson of Baton Rouge, Louisiana.  She is also survived by seven grandchildren and five great grandchildren; and many close friends.

Doretha loved good food and socializing, enjoyed traveling with friends, and had a wonderful smile that could light up a room.  There was no one she couldn’t win over.  An avid bingo player, she was a member of the Valley of the Flowers Half-Century Club.  She will be greatly missed by all who knew her and loved her.