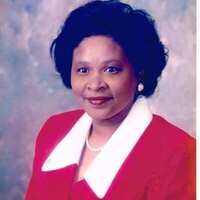 Mrs. Dianne Elaine Hill, in her 72nd year, left this life on Thursday evening, May 28, 2020 from Muskogee, Oklahoma.

Daughter of the late Bettie Jones McCrary and Calvin Anderson, Dianne was born in Joplin, Missouri. Her mother later returned to Oklahoma and married Cephus Lurks, who adopted Dianne. She attended first grade in Fort Gibson Schools. Dianne spent the remainder of her secondary education in Muskogee Public Schools, attending the historic Sadler Junior High and Manual Training High School. Dianne was well liked by her classmates and teachers. She was an honor student who was engaged in her classes and enthusiastic about learning. She also was active in extra-curricular activities, including being a debutant and participating in home economics, choir, and history club. In her spare time, she read, cooked, sewed, and babysat her younger siblings.

Dianne graduated from Manual Training High School in 1966. Later that year, she married the love of her life, Lonnie Ray Hill, Sr. She continued her education at Northeastern State University in Tahlequah, Oklahoma, graduating with degrees in home economics and history. After her university graduation, she began her distinguished educational career in the Muskogee Public Schools. She taught a variety of subjects, including Oklahoma and American history, African American history, Native American history, psychology, and sociology. Always the student advocate, she sponsored numerous student organizations such as the Future Teachers of American, Future Educators of America, the Teacher Cadet Program, and the Muskogee High School History Buffs Club. She has been called Muskogee schools’ History Day “cheerleader,” because she spent many years working as the National History Day Coordinator.

Dianne was an impassioned teacher who was deeply involved with the issues that affected the students who came into her classroom. She had a reputation for keeping it “real” and not being shy about calling out students for poor behavior. She had high expectations for her students and pressed them to work toward their potentials. Dianne also served the Muskogee district in a variety of other positions that included the History Department Chairperson and the Social Studies Curriculum Leader. Her zeal for education garnered her numerous awards and accolades such as the Muskogee and Oklahoma Teacher of the Year and Outstanding Oklahoma History Teacher. She also was a lifetime “Triumphant Soror” of the Alpha Lambda Zeta Chapter of Zeta Phi Beta Sorority, Incorporated. After retiring from formal education services, Dianne was an active member of the Oklahoma Retired Teachers Association. She worked tirelessly volunteering in the community promoting education and history while spending more than 20 years as a founding board member of Three Rivers Museum in Muskogee.

Dianne was a dedicated mother, grandmother, and great-grandmother with many other family members and friends. She was always prepared to offer advice and guidance to those she loved best; and she was ever available to help and care for her children and grandchildren. She accepted Jesus Christ at an early age. At the time of her death, she was an active member of 2nd Christian Church in Muskogee.

Dianne was called home by her Lord and Savior to be reunited with those who proceeded her in death: her mother Bettie Jones McCrary, father Calvin Anderson, adopted father Cephus Lurks, stepfather Eddie McCrary Sr., sisters Gloria McCrary and Beverly Lurks, and brothers Larry and Thomas Lurks.

Honoring her personal wishes, she will be cremated after her visitation.

To send a flower arrangement to the family of Dianne Elaine Hill, please click here to visit our Sympathy Store.