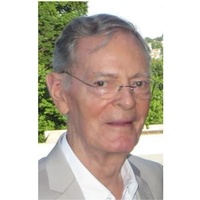 Dr.  Dingee served in the U.S. Coast Guard and was discharged in 1947.  He attained his BS and MS in mathematics from Michigan State University and his PhD from Ohio State University.  His doctoral dissertation was in the field of fusion energy.

Dr. Dingee was a dedicated engineer and physicist active in many fields of science and technology.  He was employed by the Stevens Institute of Technology in Hoboken, New Jersey, where he was a hydrodynamics engineer.  He was later employed by the Battelle Memorial Institute in Columbus, Ohio, as a research physicist.  He was instrumental in the early development of practical applications for holography; he conducted and led programs related to nuclear reactor core development and, together with specialists in plasma physics, he was among the world’s first teams to employ high-powered pulsed lasers to study the practicality of laser-initiated nuclear fusion.  David was transferred to Battelle’s Hanford site in Richland, Washington, where he headed fusion engineering development programs.

While employed at Battelle at Hanford, Dr. Dingee was selected by the U.S. Department of Energy to support their national security mission in Washington, DC.  There he worked with all the U.S. weapons laboratories to develop techniques and components necessary for detecting nuclear weapons development by foreign nations.  Dr. Dingee received commendations from the Department of Energy for his work in Washington, DC, and the Nuclear Regulatory Commission for his participation in a study to resolve safety issues associated with emergency power generation at nuclear plants.

David’s leisure time activities included woodwork, stained glass artwork, photography, and computer graphics applications.  Together with Joy, he traveled to over 30 nations, including most of Europe, as well as China, Thailand, Cambodia, Laos, India and Nepal.  David was very close to his children and often David and Joy would accompany one or more of their daughters and their families on extensive trips.  Beginning in 1993, the Dingees held regular family reunions, celebrating together throughout the U.S. and Canada, most recently in Temecula, California, in 2017.

After retiring, David and Joy moved to Florida and resided in Hunter’s Creek in southwest Orlando.  There Dr. Dingee was active in the community association and served on the Board of Directors.  In this capacity, he was instrumental in conceiving and, together with a historian and editors, producing a complete history of the Hunter’s Creek Community Association development.  Later, David and Joy moved to The Villages where David became active in the Villages Homeowner Association and the American Legion, where he was editor of the newsletter.  He served as President of his neighborhood association and of the Villages Philosophy Club and created a discussion club at Freedom Pointe, where he resided.

David will be deeply missed by his family and many friends.  In lieu of flowers, the family asks that memorial contributions be made to the Cornerstone Hospice and Palliative Care in the Villages; or to the Lions Club.

To send a flower arrangement to the family of David Dingee, please click here to visit our Sympathy Store.