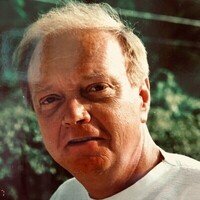 Charles was born to the late Charles H. Hoffman, Sr. and Dorothy Hoffman on July 5, 1940 in Mount Kisco, NY, where he was raised. He graduated from the University of Miami then served in the U.S. Airforce from 1957-1961. He then attended Burnside-Ott Aviation Training Center for flight school.

Charles began his flight career with Mohawk Airlines which eventually became US Airlines. His career spanned over 33 years retiring as Captain from US Airways in 2000. In 1985, he married Barbara J. (nee Schrage) and this past October they celebrated 34 years together.

In 2001, he started his own construction company, Alexis Building Construction, in Severna Park from 2001-2005.

In 2006, Charles suffered severe injuries in a private plane crash and battled a challenging recovery.

He is survived by his wife Barbara; three sons Robert, George and Douglas Hoffman; one daughter Alexis Hoffman; three grandchildren; and six great-grandchildren.

A memorable gathering may be held at a later date.