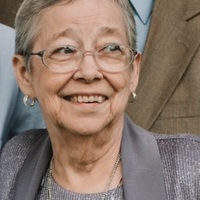 Born in Madison Missouri on March 8, 1939 to Raymond Noel Stone and Emma Lucile White, Carolyn was the eldest of their seven children; Marie Hultz (dec); Linda Lechliter; Martha Thomas (dec); Nancy Harris; Becky Reinard (dec); and Ronald Stone. She was also the oldest sister to six half siblings; Ramona Spires; Glenna Schofield; Arnold Stone; Donald Stone; Jean Richards; and Janet Stephens. She truly loved her sisters and brothers keeping them paramount throughout her life. She was the matriarch of the family.

As a young child she resided in Burlington, Iowa then returned to Madison where she graduated from Madison High School in 1957. She worked as a bookkeeper for various firms; most notably Sutherland Lumber headquarters in Kansas City. When not working she enjoyed reading, solving puzzles, and crocheting. She took great pride in preparing special meals and baking her exceptional cookies and desserts.

One of her greatest loves was traveling. She planned great family vacations. Until the very end of her life, Carolyn and her sisters traveled the highways and byways of the Midwest seeing all the sights, often returning with hilarious stories that live on today. She and husband Donald traveled the United States from coast to coast including Hawaii and Alaska.   In their later lives they traveled internationally, with trips to Ireland; Scotland; Australia; New Zealand, Tahiti; Canada; England; Germany; and France.

To say she was a “spit fire” might be a bit of an understatement, as she was always quick with a comeback. Her advice was always honest, to the point and generally, spot on. Her guidance and love will be missed by all who knew her.

A service in memory of Carolyn will held on Saturday March 21, 2020 at Agnew Funeral Home in Paris, Missouri. Visitation begins at 10:00 a.m., followed by the funeral service at 11:15. Interment will follow at Sunset Hill Cemetery in Madison, Missouri.

Memorial donations, in memory of Carolyn, may be made to The Wounded Warrior Project or The Leukemia and Lymphoma Society.