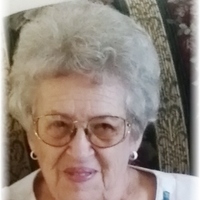 Carol J. Major “Joy”, 88, of Paris, passed away peacefully on November 5, 2020. Joy was born on May 17th, 1932 in Victor MO, the daughter of Ralph Jordan and Nettie Dooley Jordan. The family was well known throughout the Stoutsville community for their ownership of the filling station, “Jordan’s Standard Station” from 1936-1974 when the land was bought for the construction of the Mark Twain Lake. There she made many happy childhood memories.

Joy graduated from Paris High School in 1950. On November 12th, 1960, she married Robert Furness “Bob” Major of Paris. The two moved to Kansas City and together they had one son Robert “Mark” Major. The three of them moved back “Home” again to Paris, MO in 1978. There they owned and operated the local clothing store “Major Attraction” until Sept. of 1994.

After the closing of Major Attraction, Joy continued to be a smiling face of the Paris community as an employee of both D&D Variety Store and the Paris Pharmacy until her retirement.

Joy’s favorite things included watching her son and grandson race and anytime spent with her family was precious to her, especially her three grandchildren which were her pride and joy.

Joy was preceded in death by her parents, one sister Jean Mitchell of Paris, and her husband Bob.

She is survived by one son Mark (Amy) Major of Paris, one Grand-daughter Amber (Casey) Walter of Madison, two grand-sons Jacob and Alex Major, both of Paris, two Great-Grandchildren Bentley and Emmory Walter, and several nieces and nephews.

At Joy’s request, she was cremated, and no services will be held.

The family would like to give a special thanks to Sarah Bates for her many years of friendship and dedicated Thursday’s to making Joy as beautiful on the outside as she was on the inside!