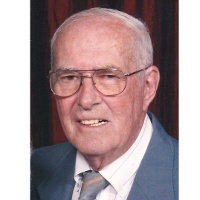 Carl E. Miller, 90, of York and formerly of Hanover, passed peacefully on Thursday, July 18, 2019 at Brunswick at Longstown, York.  He was the loving husband of Thelma E. (Baugher) Miller who passed away August 4, 2017.

Born December 30, 1928 in Spring Grove, he was the son of the late George R. and Gertrude E. (Garrett) Miller.

Carl was a member of St. Paul’s Dubs Union Church, Hanover.  He served his country proudly in the U.S. Army during the Korean War.  Carl enjoyed hunting, camping and boating at Codorus State Park and Raystown. He was a lifetime member of the Jefferson Rifle Club. He also liked playing cards with his friends.  Carl especially loved camping, hunting and fishing with his grandsons.

His survivors include his daughter, Carlene J. Hess and her husband Barry of Jefferson; his grandsons, Troy Hess and his wife Shana of Greeley, CO, Brett Hess and his wife Yvette of York New Salem, Ryan Hess of Seattle, WA and Travis Hess of Jefferson; and his great grandchildren, Hunter and Catherine Hess. Carl was preceded in death by his borthers Curvin and Clair Miller and his sister Hattie (Miller) Altland.

A service to celebrate the life of Carl Miller will be held at 1:00 pm, Monday, July 22, 2019 at St. Paul’s Dubs Union Church, 1958 Dubs Church Rd., Hanover, PA with Pastor Bob Macfarlane officiating.  A time to share memories with the family and an opportunity to view will be on Monday from 12 noon until the time of the service at church.  Burial will be in Jefferson Cemetery, Jefferson, PA.

Contributions in memory of Carl Miller may be made to the S.P.C.A. of York County, 3159 Susquehanna Trail North, York, PA 17406 or to St. Paul’s Dubs Union Church at the address above.