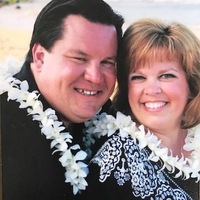 Graveside services will be held Saturday, September 19, 2020 at 10 a.m. at Allison Cemetery in Warren. Officiating will be Brother Ken Cauthen.

Brian was born June 28, 1967. He was a former resident of LaBelle and had lived in Warren for the past 8 years. He was a hard worker and had a huge compassionate heart for his fellowman.

Services are under the direction of Stringer & Griffin Funeral Home in Woodville, Texas.