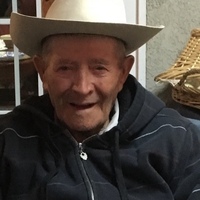 Benjamin R. Villanueva (Don Benja) of Lompoc, California, passed away peacefully at his home on Monday, May 18, 2020, at the age of 88. He is survived by his wife Beatriz of 57 years; their seven children: Rosa, Ben, Beatriz Vargas, Mario, Veronica Pulido, Gilberto, and Eli; nine grandchildren; one sister and one brother.

Benjamin was born to a farming family on July 10, 1931 in Valle De Santiago, Guanajuato, Mexico. He came to the United States for the first time at the age of 18. He worked as a contracted seasonal farm worker for many years and supplemented his income by working in the service industry, mainly restaurants. He worked throughout the western U.S. He married his wife, Beatriz, in 1961 in Mexico. He spent the majority of his time working in the United States and in his time off would travel back to Mexico. He traveled between the two countries for several years until finally settling down in Lompoc in the early 1970s, where he began working for Bodger Seeds. With stable employment and living arrangements, he was finally able to bring his wife and children and reunite the family.

Benjamin continued to work for Bodger Seeds until his retirement in 2006. He was very proud to be involved with creating the 2002 Bodger floral flag, along with his many co-workers of the Bodger Seed Co. He enjoyed spending time with his grandchildren whom he often snuck candy to, and he was consistent about attending their soccer games. He loved watching soccer and baseball games, boxing matches on TV, wildlife shows, old western movies, daily walks to Ryon Park, pan dulce, and of course, tequila.

A private service was held in Benjamin’s honor. The family would like to thank his caregivers for their dedication and support, and his former co-workers and friends of the family for all of their well wishes. Dad, we will always miss and remember your generous heart and your kind green eyes.

To send a flower arrangement to the family of Benjamin Ramirez Villanueva, please click here to visit our Sympathy Store.