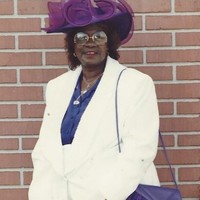 She attended the public schools of Kershaw County in the quaint city of Rembert, SC. She married Mr. Charlie English, Sr., and four children were born from this union. The English Family moved to Winter Park, Florida and remained there for several years. While in Winter Park, Annabelle united with the Mt. Moriah Baptist Church and experienced spiritual growth under the leadership of the late Rev. Williams. She truly loved the Lord and was devoted to her family.

The family eventually relocated to Tampa, Florida and united with Macedonia Missionary Baptist Church under the leadership of the late Rev. E. Gordon. She was a faithful and dedicated member of the church. She joined Choir #1 and served faithfully for many years. After many amazing years of marriage, she and Charlie mutually went their separate ways, and she eventually found love again with Mr. Jeff Johnson. They enjoyed years of wedded bliss until his timely demise. She was employed at First Florida Financial Institution (now Bank of America). She retired after over 20 years of loyal service. She enjoyed shopping and was a dynamic dresser. Cooking for her family became a tradition in her house. She was an avid sports fan, and The Tampa Bay Buccaneers and The Tampa Bay Rays, were her favorite teams.

On Monday, September 2nd, within a moment of a twinkling of an eye, God called her home.

She was preceded in death by both parents, Mr. Benjamin and Eunice Carroll; three children, Bessie Myers, Marion English, and David English; one grandson, Reggie English and fourteen sisters and brothers.