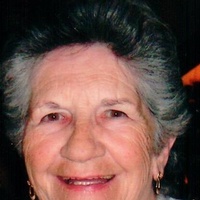 Anna M. Hales, age 83, died Wednesday, July 19, 2017 at Atlantic General Hospital in Berlin. Born in Salisbury, she was the daughter of the late Ralph W. Davis and Mary Gertrude Davis. She was preceded in death by her husband Frank Hales in 1981. She is survived by her children Sonja Lee McCabe and William Michael Fleming both of Berlin, and Judith Ann Reuwer and her husband John of Calabash, NC. She was an adored grandmother to, Julie McCabe, Michael McCabe Gretchen Giovanni, Blake Reuwer, and one great-granddaughter, Shawna Cropper. Also surviving is a nephew Rick Davis, and cousin Mary Anna Davis. She was preceded in death by her brother, Richard “Dicky” Lee Davis.

Mrs. Hales was a graduate of Buckingham High School and had been owner/operator of the Sandpiper Restaurant in Ocean City. She also worked for Abbott Laboratories, and was a bookkeeper for Bill Kelly and Tony Russo. She was a member of Stevenson United Methodist Church in Berlin, founding member of the Ocean City Lioness Club. She loved doing needlepoint and going out to dinner.

A funeral service will be held on Friday, August 4th at 11am, at the Burbage Funeral Home in Berlin. Rev. Ron Schatz will officiate. Friends may call one hour prior to the service. Interment will be in Wicomico Memorial Park in Salisbury. A donation in her memory may be made to the Ocean City Lioness Club, P.O. Box 6 Ocean City, MD 21843. Letters of condolence may be sent via: www.burbagefuneralhome.com
Print Obituary