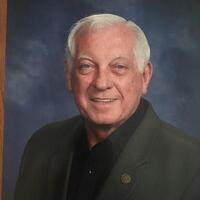 Mr. Werth was a business man in Indianapolis owning and operating several businesses.  Most recently he owned Hearing Aid Service and Supply with three locations, retiring in 1994.  During the 1980’s, Ed was president of the Hearing Aid Association and honored with many awards.  Ed enjoyed many hobbies.  He was an avid reader, learned to whittle, practiced bee keeping, but his favorite was gardening.

Mr. Werth will be laid to rest in Crown Hill Cemetery, next to his late wife Rosemary and son Richard.  A grave side service will be held 1:00 PM Saturday February 27 in Crown Hill.  Conkle Funeral Home in Speedway, IN will be handling Mr. Werth’s arrangements.

To send a flower arrangement or to plant trees in memory of Edward A. Werth, please click here to visit our Sympathy Store.