He was predeceased by his wife Sally in 1984 and his sisters Deloris Allen and Marcia Leslie. He is survived by his daughters, Christine Thompson (Philip)of Mystic, Victoria Allen of Groton, Suzanne Allen of Shelton WA. and his loving companion, Nancy
De Marinis of Groton.

He was born in New London, the son of Guy and Marion Allen, June 15, 1928,
and graduated from the University of New Hampshire with a BA and from Connecticut College with a MA in psychology. He worked for General Dynamics in Groton and San Diego for 29 years

He will be missed dearly by family, friends and all who knew him.
Burial will be private. A celebration of life will be scheduled at a later date. In lieu of flowers, please make donations to the Fleet Reserve Assoc, #20. 242 Thames St., Groton, CT 06340

Share your thoughts and memories with family and friends of Frederick 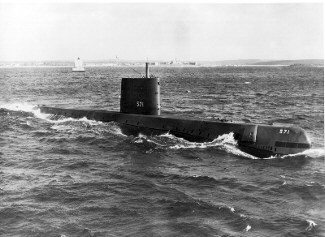