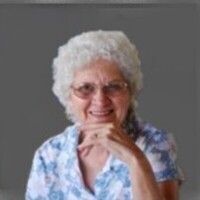 AnnaRose F. Wilson 92 of Harrisburg, was called home to be with the Lord Sunday, September 6, 2020 at her home.

Mrs. Wilson was born in Charleroi, PA and was the daughter of the late Anthony and Dominica Juliana. She was a member of Holy Name of Jesus Roman Catholic Church. She helped in the startup of the concession stands at football games and volunteered there for many years. She remained involved by making the famous Chicken Corn Soup. She will forever be remembered fondly by her family for the love that was put into the holiday meals and family celebrations. The door was never closed at Grandma’s house and there was always room for “one more”. Grandma or Grandma Rose loved children and spending time with her grandchildren and great-grandchildren. Time spent with family is what she treasured the most. She was loved by anyone she met and will be missed by so many.

A Mass of Christian Burial will be celebrated on Monday, September 14, 2020 at 11 A.M. at Holy Name of Jesus Roman Catholic Church, 6150 Allentown Blvd., Harrisburg. The Rev. Matthew Cannon will be the Celebrant. Burial will be in Resurrection Cemetery.

A Visitation will be held on Monday from 10 to 11 A.M. at the church, prior to the Mass.

Memorial Contributions may be made to Alzheimer's Association, 2595 Interstate Dr., Suite 100, Harrisburg, Pa. 17110.

To send a flower arrangement to the family of AnnaRose F. Wilson, please click here to visit our Sympathy Store.