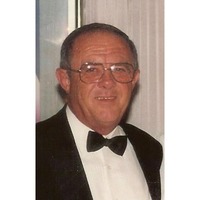 John (JACK) J. Nealon 81 of Harrisburg passed away Monday, August 31, 2020 at his home. Born September 5, 1938 in Scranton, Pa he resided in the Harrisburg Area for 40 years and was a member of Holy Name of Jesus Roman Catholic Church.

Mr. Nealon was the son of the late John F. and Ruth (Hoffman) Nealon. He was a graduate of Dunmore High School and retired from the Pa. Liquor Control Board, where he was a licensing agent. He was a member of Robert H. Hoke American Legion Post 272 of Linglestown, 28th Infantry Division Assoc., the FOP Lodge 77 and was retired from the Pa. Army National Guard 28th Infantry Division after 36 years of service. He loved to travel and go fishing.

He was preceded in death by his parents and a daughter Kimberly. He is survived by his wife of 47 years, Pamela J. (Barone) Nealon; daughter, Jacklyn Nealon; sister, Nancy Gallagher (Edward); nieces, Pamela Julian and Denise DelVecchio; nephews, Vince Castellano and Edward Gallagher Jr.; several great nieces and nephews.

A Mass of Christian Burial will be celebrated on Thursday, September 10, 2020 at 11 A.M. at Holy Name of Jesus Roman Catholic Church, 6150 Allentown Blvd, Harrisburg celebrated by The Rev. Matthew Cannon.

The family would like to thank the staff of Residential Hospice & Home Health and the staff at Fresenius for the wonderful & compassionate care they gave Jack.

Burial will be in Indiantown Gap National Cemetery, Annville, with Full Military Honors.

A Visitation will be held on Thursday from 10 to 11 A.M. at the church, prior to the Mass.

Memorial Contributions may be made in John’s memory to the Humane Society of Harrisburg Area, 7790 Grayson Road, Harrisburg, Pa. 17111.

Arrangements are by the Hoover Funeral Homes & Crematory, Inc., Harrisburg.

To send a flower arrangement to the family of John J. Nealon, please click here to visit our Sympathy Store.