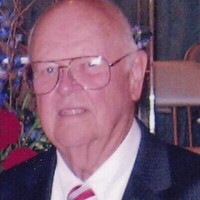 Remember when attending to observe COVID-19 safety practices such as wearing masks and social distancing.

Charles was born in 1930 in rural Morgantown, Oktibbeha County, MS. He graduated with a degree in Mechanical Engineering from Mississippi State University in 1951.  He married Frances Jewel Walker on October 21, 1951. After her decease in 2005, he married Peggy Reynolds on August 6, 2008.  Charles made his home in the Fort Worth area from 1951 to 2016. At that time, he and Peggy moved to the Kirby Pines retirement community in Memphis, TN.

He worked for 57 years in the field of engineering, specializing in hydraulics systems, the greatest part of that time at the “Bomber Plant” in Fort Worth, TX beginning with Consolidated Vultee, which became Convair, and then General Dynamics.  During the 1970’s and 80’s, he worked for Bell Helicopter Textron and Arkwin Industries, returning to General Dynamics in 1988, and retired from Lockheed Martin in the early 1990’s.  From retirement until his marriage in 2008, Charlie continued to work as a contract worker on projects at Lockheed or its subcontractors. Among the many aircraft he helped design or improve were the B-58, F-111, F-16, Bell Models 206B and 206L, and the F-35. He was registered as a professional engineer.

He was preceded in death by his wife, Frances; daughter, Janet Coss; and parents, Cutcher and Minnie Lou Gatlin.

To send a flower arrangement to the family of Charles Morgan Gatlin, Sr., please click here to visit our Sympathy Store.