Evelyn Graham 83, of Mystic Ct went home to be with the Lord early Sunday morning at L & M hospital. She was the daughter of the late Elizabeth McCrae of Dillon S.C.

She was born June 3, 1936.  Upon finishing school, she relocated to Brooklyn N.Y, where she started her family.  Years later she started a life in Connecticut, where she eventually met the LOVE of her life Charles Mond who did everything with her.

She worked for Chesebrough - Ponds in Clinton Ct retiring after 27 year of service.

Evelyn was known for being a tell it like it is woman and for her famous triple layer homemade coconut cake.  In her free time she enjoyed Bingo and her family.

She was preceded in death by her best friend/cousin Doris Graham, her son Ronald Graham, and her first grandson Adam D Davenport.

She is survived by two sons Shelton (Jacqueline) Rawls of North Carolina  and  Wayne A. (Marquita) Rawls of New London, Ct.

She also leaves to mourn her passing, Linda Alexander and Christine (Lydell) Pemberton , 11grandchildren, a host of great grandchildren(Ct) and a host of relatives in South Carolina

Express your condolences with flowers sent to Evelyn's family

Share your thoughts and memories with family and friends of Evelyn 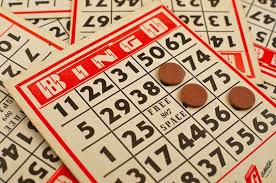