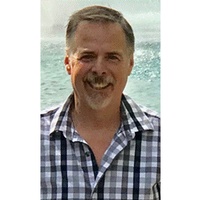 Edward Francis “Teddy” Breen Jr. died peacefully at his home on September 7, 2018 in Beech Grove, Indiana at the age of 54.

Teddy was born on April 3, 1964 in Beech Grove.  He is survived by his parents, Edward “Ted” Breen Sr. of Speedway and Elizabeth Breen of Speedway; wife, JoAnn Brown of Beech Grove; sisters, Beth Lewis of Pittsboro and Peggy Wilson of Indianapolis; niece, Lauren Lewis of Charleston, South Carolina; mother-in-law Marcia Alford of Beech Grove; step-children, Sierra Underwood and Taylor Flanery; step-grandchildren, Easton and Hadley Underwood, and Hunter Flanery; and his best friends, Kevin Cordray and Jeff Nichols.  He is preceded in death by his maternal grandparents, Frank Cohan and Margaret O’Neal-Cohan, of Speedway, and his paternal grandparents, James and Beatrice Breen, of Speedway.

Teddy graduated from Speedway High School in 1982. He married JoAnn Brown in 2013.  After high school, Teddy moved to Orlando, Florida, where he began working for Universal Studios.  Teddy was a fan of all things Disney as well as a fan of the University of Notre Dame.  He loved to travel, going to the casino, and to country line dance with his wife.  Teddy was an avid Indianapolis 500 fan and he enjoyed the 500 festivities.

Teddy was accomplished in the entertainment industry and spent much of his adult life working as a disc jockey.  He enjoyed spending time with step-grandchildren and his God sons, Jordan Nichols and John Diesel Zore.  Teddy had a big heart and was always willing to help anyone in need. He especially loved his cousins and their children. Although Teddy never had his own biological children, he had a gift and children often swarmed to him.

To send a flower arrangement or to plant trees in memory of Edward "Teddy" F. Breen Jr., please click here to visit our Sympathy Store.