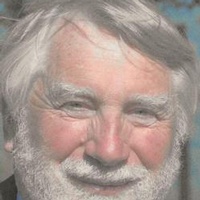 Aarne was born in Tallinn, Estonia in 1939 to Paul Eduard Vesilind and Aino Rebane Vesilind. In 1944 his family fled Estonia to escape the invading Soviet Red Army. As refugees, they lived four years in a displaced persons camp in Geislingen, Germany, before immigrating to the United States in 1949. Settling in Beaver, Pennsylvania, ten-year-old Aarne enrolled in fourth grade without knowing a word of English. His transition was eased by supportive classmates who became lifelong friends. He learned to play the trumpet and joined the Boy Scouts, rising to the rank of Eagle Scout.

After graduating from Beaver High School in 1958, Aarne chose Lehigh University for its civil engineering program, but admitted to actually studying “adolescent behavior and fraternity” with Chi Phi brothers who also remained close friends for life. After Lehigh graduation Aarne married Gail Wood, with whom he had three children. In 1968, he earned a Ph.D. in environmental engineering at the School of Public Health, University of North Carolina at Chapel Hill. As a graduate student, Aarne serendipitously discovered an affinity for teaching.

In his professional career and his everyday living Aarne was profoundly influenced by Rachel Carson’s book, Silent Spring (Houghton Mifflin, 1962) and by Carson’s persistence in advancing awareness of environmental problems. Aarne spent a post-doctoral year with the Norwegian Institute for Water Research in Oslo and another year as a research engineer at Bird Machine Company. In 1970 Aarne joined the Civil Engineering faculty at Duke University, where he developed a new Environmental Engineering program. While on sabbatical with his family in 1976-77 as a Fulbright Fellow, he helped establish an Environmental Center at the University of Waikato in Hamilton, New Zealand.

Aarne served as Trustee of the American Academy of Environmental Engineers, President of the Association of Environmental Engineering and Science Professors, a Fellow of the American Society of Civil Engineers, and a registered Professional Engineer in North Carolina. He received numerous awards in recognition of his work, including the Collingwood Prize and the Award for Achievement in Environmental Education from the American Society of Civil Engineers. He also received the Founders Award and Distinguished Service award (twice!) from the Association of Environmental Engineering and Science Professors. In 2007, he traveled to Turkey to accept the Specialist Medal in Residuals Research from the International Water Association.
Aarne was most proud of his teaching awards, which include the E. I. Brown Award for teaching excellence (four times!) from students in Duke’s Department of Civil and Environmental Engineering, and the Tau Beta Pi teaching award from students of the Duke School of Engineering. An enthusiastic and dedicated mentor, he taught and advised many graduate and undergraduate students—and he was always pleased when a former student called for advice or merely to chat.
In 1987 Aarne married his former high school girlfriend, Libby McTaggart. They settled in Chapel Hill, NC and acquired a summer camp on a small lake in Bath, NH. “The Birdbath” became a sanctuary for reflection, bird watching, and skinny-dipping. Surrounded by birch trees that reminded him of his early childhood home on the Pirita River in Tallinn, Estonia, Aarne started a small publishing house, Lakeshore Press, as a forum for academic texts, musical arrangements, and memoirs about Estonians before, during, and after Soviet occupation.

After a 30-year tenure at Duke, Aarne and Libby moved to Lewisburg, PA. At Bucknell University, Aarne assumed the charter R. L. Rooke Chair of the Historical and Societal Context of Engineering. He thrived among the enthusiastic faculty and bright students, several of whom he roped into forming a tuba quartet with him.
A prolific scholar, Aarne authored and co-authored over 40 academic, technical, and professional books, and several hundred professional journal articles. His 1974 textbook, Treatment and Disposal of Wastewater Sludges (Ann Arbor Science) was the first in its field and his research in this area was seminal. He later examined concepts of justice and ethics and contributed to the development of a professional code of ethics for environmental engineers. He promoted “peace engineering” as an alternative career path for young engineers seeking socially responsible work, as exemplified by his 2010 book Engineering Peace and Justice (Springer UK).
When Aarne finally retired in 2006, he and Libby moved to New London, NH. He fulfilled a lifelong dream by becoming music director and conductor for the Kearsarge Community Band. He enthusiastically encouraged these dedicated musicians to take on increasingly complex music, including his own arrangements of Estonian compositions. With his euphonium, Aarne founded the Exit 13 Tuba Quartet, directed Tuba Christmas concerts, and conceived of the annual New Hampshire Festival of Bands, a daylong showcase of community bands from across the state. Most recently, Aarne published several books of music arranged for solo euphonium and various brass ensembles.

Aarne loved discovering music from composers whom history had forgotten, and he eagerly shared these discoveries in an Adventures in Learning course at Colby-Sawyer College. He also shared his wide-ranging wisdom in an op-ed column in the Intertown Record, a selection of which he published in Yes, But He’s From Away (Lakeshore Press).

A Celebration of Life for Aarne will be held on Saturday, April 7, 2018 at 1:00 P.M. at the First Baptist Church Meeting House, 461 Main Street, New London, NH. Reverend Patience Stoddard, Unitarian Universalist Congregation of the Upper Valley, will guide the service. Please check with Chadwick Funeral Service for details. (www.chadwickfuneralservice.com)
Music by the Kearsarge Community Band will begin at 12:15 P.M., with the service beginning at 1:00 P.M.

To send a flower arrangement to the family of P. Aarne Vesilind, please click here to visit our Sympathy Store.