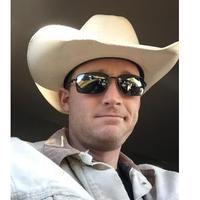 Tyler Barnes Foster passed away Thursday morning, January 12, 2017 doing what he loved most, flying at his home in Era Texas. He entered this world on November 9, 1989 to Thomas Wayne Foster and Valerie Ann Bowles Foster, and becoming baby brother to Sara Nichole Foster.

Tyler graduated from Sanger High School in 2008, having already earned his wings, soloing at age 17. His interest in all things mechanical and flying was apparent his entire 27 years. His passion lead into working and learning from his very first job at Tomlinson Avionics of Texas, where he flew his own plane to Gainesville Airport after school each day, followed by Napa Auto parts of Sanger, Nortex Cycles of Sanger, O'Reilly Auto Parts, Bulloch Manufacturing and Corple Corral. He attended NCTC working on his undergraduate classes and advanced onto flight school attending and earning additional flight certifications at ATP Flight School in Phoenix and Scottsdale, Arizona. Upon completion Tyler began working at US Aviation as a test pilot, and Pumpco Services. All of which lead to him reaching his dream of flying full time for a commercial airline. Currently Tyler was a First Officer flying Regional Jets for Sky West Airlines based in Denver, CO. Tyler had just completed the National Homeland Security Federal Flight Deck Officer (FFDO) certification program and earning a medal for the Top Marksmanship Award.

We would like to acknowledge the many individuals that influenced Tyler and helped him to attain a level of expertise in general and aviation maintenance. From those at Sanger ISD, Tom Eiland and Airemasters, Chris and Gina Faircloth of Napa, Zack Zielinski of Nortex Cycle, Maj. (R) Mike Phillips, Daniel and Chris of O'Reilly's, Scott Bulloch and Rocky Tisdale of Bulloch Manufacturing, Tim, Chris and Lupe of US Aviation, Ronny Ortowski and Jake Shoemake of Pumpco. We would also like to acknowledge the men that encouraged and developed Tyler's flying skills and helped to guide in his flying career. Commercial airline Captains Jeff Rowland, Ben Huston, Wes Huston, Benjamin Huston, Dale Hendrickson, Don Maxwell, Daryn Maxwell, David Martin (USAF Ret. and US Team Captain for the World Aerobatics Championship) and Dave Enebo.

In lieu of flowers we ask that you make a donation to the Sanger Education Foundation for the Tyler Foster Endowment to further the dreams of those pursuing mechanics and/or aviation.