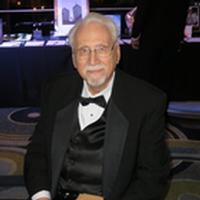 Anthony had a rare form of (LGL) Large Glandular Lymphocyte Leukemia for the past 11 years. His struggles with the disease were compounded by his diabetes. However, it was the past year that challenged his health substantially. He was first diagnosed with AVM (Arteriovenous Malformation) then Osteomyelitis of his left jaw bone, and eventually Stage 4 Squamous Cell Carcinoma. He was hospitalized several time, survived sepsis, three months of intravenous antibiotics and sustained 6 weeks of hypobaric treatment. His wife Roberta says, "No one fought a braver battle than he, he just didn't want to leave me and suffered so much till the very end. He will be missed and loved forever."

Anthony spent four years in the U.S. Air Force and met Roberta immediately after his discharge in 1959. They married shortly after in 1960 and just celebrated their 56 anniversary on October 22nd. Anthony spent almost 60 years in the printing business and although he knew and operated almost every aspect of the industry, he worked the last 8 years part-time, as an estimator for Super Color Commercial Printing in Hollywood, Florida. He said working kept him alive. He was the "silent" partner behind his wife's Roberta's non-profit organization, The Hypoglycemia Support Foundation, Inc.

A celebration of Tony’s life will be held at Boyd Panciera Family Funeral Care, 6400 Hollywood Blvd., Hollywood, Florida 33024 on Saturday, October 29, 2016 beginning at 1pm, with services from 2-3pm.

In lieu of flowers, please make a donation to The Hypoglycemia Support Foundation, Inc. www.hypoglycemia.org