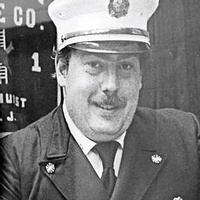 It is with a mournful and heavy heart, we announce the death of Michael P. Maxwell, who passed away suddenly at Westchester Medical Center, Valhalla, NY on Friday, September 2, 2016.

Mike was born in Pt Pleasant, NJ and lived his entire life in the Oakhurst area of Ocean Township, NJ before recently spending much time in Malden, NY, a place very close to his heart where he was planning to retire and live his remaining years with close family and friends.

Mike was a graduate of Ocean Township High School and was a proud graduate of New Jersey City University (formally known as Jersey City State College) where he majored in fire protection, his long life passion. It was his tremendous focus on fire prevention and life safety that made him a life long member of both the Oakhurst and Deal Fire Departments, as well as his first place of employment in the fire industry at Lakehurst Naval Air Station, Lakehurst, NJ, that allowed him to complete his dream of starting a business focused on fire prevention and life safety. His dream became reality and in 1981, Mike became the founder and president of Fire & Safety Systems Co., “The First Name in Fire Safety”.

It was Mike’s connection to several organizations in the area that made him a true friend to so many people at which this obituary space is simply not large enough to list them all. Mike was a member and past chief of the Oakhurst Independent Hose Company No. 1 as well as member and past president of the New Jersey Fire Prevention & Protection Association. Mike was also instrumental in forming the New Jersey Chapter of the American Fire Sprinkler Association (AFSA). He was also an extremely proud and dedicated parishioner of St Mary of the Assumption Church, Deal, NJ. And yes, it would be remiss not to mention how much Mike loved to meet at Kelly’s Corner Tavern, Neptune City, NJ where he had several years of laughs with family and friends …and maybe one or two libations.

Not withstanding all the souls Mike touched during his lifetime, it will be his quick wit, infectious smile, hearty laugh and the limitless time he would always provide for family, friends and co-workers that requested his kind consultation and advice that will be missed. Mike was a very generous man, one for the ages who was taken from all of us much too soon. He will be missed beyond all comprehension, and his empty chair will be a hard, hard sight to overcome. His presence is irreplaceable and will be sorely missed by all.

Mike is predeceased by his mother and father Stanley and Elizabeth Maxwell both of Oakhurst, NJ. Surviving are his sister Patty Maxwell and husband Jim of Stamford Conn., cousins Mike Maxwell II and his wife Amy of Malden, NY and several nieces and nephews.

Visitation will be held on Thursday, September 8, 2016 from 4-8 pm at the Buckley Funeral Home, 509 2nd Ave., Asbury Park, NJ 07712. A Mass of Christian Burial will be begin at 10:30 am on Friday, September 9, 2016 in Saint Jerome’s Catholic Church, 254 Wall St., West Long Branch, NJ 07764 . Final interment will be private. a Repast will be provided by Oakhurst Independent Hose Company No. 1, 72 Larkin Place, Oakhurst, NJ, following mass. Condolences to the family can be sent through www.Buckleyfuneralhome.net

In lieu of flowers, donations can be made to Oakhurst Independent Hose Company No. 1, 72 Larkin Place, Oakhurst, NJ, and/or St Mary of the Assumption Church, 46 Richmond Avenue, Deal, NJ. We will all miss and love you Mike……until we meet again.