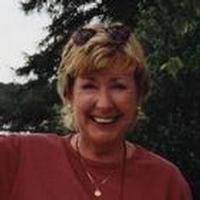 Karen Young of Salisbury passed away on June 3 unexpectedly in Vermont where she has spent her summers for over 20 years. Educated at the University of Tennessee and later at UNC Chapel Hill where she earned her Masters Degree in Social Work. Mrs Young was very active in the community. She was Salisbury's first city councilwoman and later worked with disadvantaged young women facing teenage motherhood. She worked later as a guidance counselor at Knox Middle and East Rowan High School. She is preceded in death by her husband, Dr. Warren Young and survived by her sons and their wives Graham Young (Tammy) and Jason Young(Laura). There are four grandchildren whom she adored and her beloved dog, Fate. A memorial service will be held at John Calvin Presbyterian church 1620 Brenner Ave on June 27th at 2:00 pm. In lieu of flowers contributions may be made to The ARC of Rowan County.