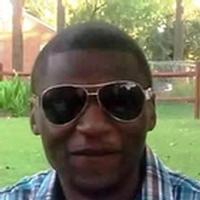 On Saturday, February 7, 2015, Mr. Jeremiah Eugene Jones, Sr., transitioned from earth to heaven at the age of 33 years old. Jeremiah was born on July 26, 1981 to Earnestine Saunders-Jones and the late Calvin Jones, Sr. of Petersburg, VA.

Jeremiah received his education from the Petersburg Public School System and earned his GED certification in 2005. He would then further his education by attending the Southside Virginia Community College where he earned 18 credits. Over the course of the years, Jeremiah has received numerous certifications in Developmental Psychology, Sociology, Substance Abuse Phase I & Phase II, Anger Management, Healthy Relationships, Productive Citizenship, and Employability Skills. Jeremiah also worked as a dump-truck driver for over 2 years.

Jeremiah embraced strong family ties and was often referred to as the glue that kept the family together. He loved to make people laugh and smile. He was very generous and would often go the extra mile to help those in need and to protect his family. When meeting people, he always left a lasting impression. Those that knew him loved him, and likewise. Jeremiah touched the hearts of many, whether young or old.He was a father, son, brother, nephew, cousin, and friend to all. He will truly be missed.

Funeral arrangements have been entrusted to the staff of William N. Bland and Son Funeral Home, 137 Harrison Street, Petersburg, 804. 732.7841.

To send a flower arrangement to the family of Mr. Jeremiah E. Jones, please click here to visit our Sympathy Store.