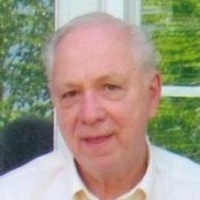 Nelson was the son of the late Emily Bielanski and Andrew Siwa.

A dearest brother of Ronald (Joan) Siwa and the late Arnold (Mary Ann) Siwa. He was also survived by nieces and nephews.

Family will be present Sunday 2-4 and 7-9 PM at the PIETSZAK FUNERAL HOME, 2400 William St. (near Harlem) where services will be held Monday at 9 AM and at St. Josaphat Parish at 9:30 AM.