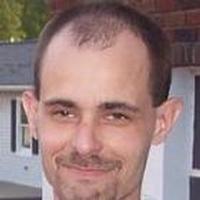 Darcey "Chip" Kravchenko, 39, died Tuesday, after he was shot at home.

Born Oct. 28, 1974, to Jeanette (Kravchenko) Richard and her estranged husband, Andrew Kravchenko, he went to Mountain View from kindergarten to second grade and attended Susquehanna schools until 1988, when he moved to the Stroudsburg/Pocono Area with his brother Robert.

He married in 1991, fathered two children and worked as a welder all his life. He also fathered another child by the name of Matthew.

He was loved by almost everyone who met him.

He was preceded in death by a sister, Donna Marie.

A memorial service will be held on Sunday at 3 p.m with a gathering at 1. The service will be at the Clarks Summit United Methodist Church, 1310 Morgan Highway, by the Rev. Munley.