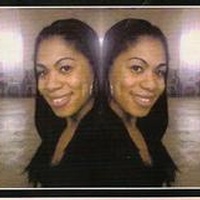 Viewing Friday January 18, 2013 at the Stinson Northwest Chapel from 1PM until 8PM Located 16540 Meyers Road at the John Lodge Fwy. Funeral Services will be Saturday at Obedient Baptist Church at 11AM. The church is located 9500 Stoepel Detroit 48204. Family Hour is 10:30AM.

Ciara La'Shae White was born as Antonio D'Angelo White on October 22, 1987 to Tammie White and Stanford Rogers in Detroit, Michigan. As a child, Shay, better known as "Poopie" was raised by her mother and Roderick Smith who she affectionately referred to as "Daddy", an endeavor greatly supported by the help of a loving grandmother, Doris Merchant.

At the tender age of six, She gave her life to the Lord and would later be baptized at Obedience Missionary Baptist Church. As a child, you would often find her watching movies and or singing. One of Poopie's favorite things to do was line up toy cars and sing gospel music. The cars were the choir and Poopie was the director. That love of music followed her through school. After completing Parkman Elementary, Shae attended Ruddiman Middle School where she played two instruments, Clarinet and Bass Clarinet, while participating in the Concert and Marching Bands. She would later attend Mackenzie High School and participated in the Marching Band and Junior R.O.T.C.

As she grew, Shae would often babysit for family and friends. She enjoyed, laughing, skating, dancing, and quality time with her mom and dad, and hanging out with her best friend and cousin, Kenya Duff. Shae's life was an inspiration to many. She had the courage and strength to live her truth and kept love in her heart all the way through.

To send a flower arrangement or to plant trees in memory of Ciara La'Shae White, please click here to visit our Sympathy Store.