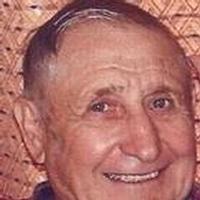 John J. Mattive passed away May 25, 2012 in Avondale, Colorado. John was born on January 15, 1932 in Arvada, Colorado and had lived in this area about 20 years. He was preceded in death by his wife Dorothy in 2009 and is survived by his children; John B. (Karen), Nathan ( Ellen), Lisa Torri, 9 grandchildren, 2 brothers, a sister and several nieces and nephews. Funeral services will be held on Monday, June 4, 2012 at 2 PM in the Davis Memorial Chapel. Interment will follow in the Roselawn Cemetery with Military Honors by the Pueblo Veterans Ritual Team. Online condolences at DavisMortuary.com.