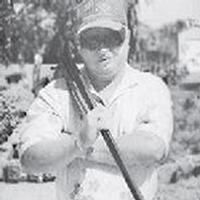 He was born Dec. 2, 1944, in Walla Walla to William and Vera McClenny Kelly. He attended local schools graduating from Walla Walla High School in 1964. Frank married to Randi Neal on March 11, 1967.

They have two sons, William and David. He worked with his father at Kelly Construction before taking over the business. After retiring from construction he continued to manage the properties they had built. He enjoyed traveling, trapshooting and collecting cars.

Frank is survived by his wife, Randi; his sons, William (Michelle), David (Jodi); four grandchildren, Bradley, Lindsey, Kyle and Kayla. Frank was preceded in death by his parents; and a brother, William “Bill” Kelly.