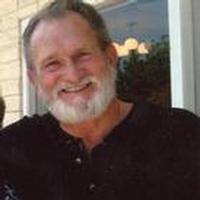 David Lee Bodtcher, passed away March 24, 2015 surrounded by his loving family at his home in Riverton, UT. Dave was born October 22, 1942, to John & Stella Bodtcher in Elsinore, UT. Dave married Mary Margaret Morrison on November 14, 1963; marriage was solemnized in the Salt Lake Temple December 16, 1977.
He is survived by his eternal companion Mary, son, David Bodtcher, daughters, Lorrie (Brent) Gabbitas, Tammy (Richard) Moser, Lisa Bodtcher, Terrisa (Jake) Warnick, 14 grandchildren, 2 great-grandchildren, and brothers John & Jerry Bodtcher. Dave is preceded in death by his parents John & Stella Bodtcher and grandson Tysen J. Bodtcher.
Dave enjoyed working as an electrician and was a dedicated member of the International Brotherhood of Electrical Workers Local 354 for 46 years. From 1979-1981, Dave had the honor of being the Electrical General Forman during the construction of the LDS Jordan River Temple in South Jordan, UT.
Dave always made each of his children and grandchildren feel as if they were his favorite when he spent time with them. Dave enjoyed playing the guitar, singing silly songs, traveling and golfing.
A special thank you from Dave to his beloved Mary for her tender care and for loving him until the end.
A Celebration of Life will be held in Dave’s honor Sunday, March 29, 2015 from 6-8 pm Broomhead Funeral Home 2200 W 12600 S, Riverton.

To send a flower arrangement or to plant trees in memory of David Lee Bodtcher, please click here to visit our Sympathy Store.