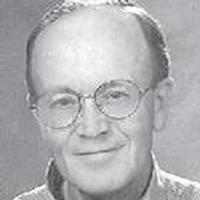 Steve was born Jan. 27, 1948, in Portland, to George and Violet Mize. He graduated from Pendleton High School in 1966. He received an associate’s degree at Blue Mountain Community College and a bachelor’s degree from Central Washington University in Ellensburg, Wash.

On Feb. 21, 1970, he married Rebecca Gowey in Pendleton. They were married for 44½ years. He enlisted in the U.S. Army and is a Vietnam veteran. After 20 years of service, he retired.

He worked over 10 years with the Red Cross and also with the Christian Aid Center for many years. He was very active in the Blue Mountain Community Church. He operated his own computer business which he said was his “ministry to seniors”.

Celebration of life service will be held on Saturday, Dec. 13, 2014, at 2 p.m. at the Blue Mountain Community Church. Interment will be at Willamette National Cemetery, Portland, Tuesday, Dec. 16, 2014, at 11 a.m. Memorial contributions may be made to the Crohn’s Foundation in Steven’s name through Herring Groseclose Funeral Home.