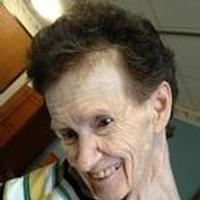 Charlotte Louise Fox Heath, 72, passed away on Sunday, January 26, 2014. She was born to the late James Herbert (Sr.) and Mary Fox in Newport News on April 5, 1941. Mrs. Heath was a member of Calvary Baptist Church. She retired after 28 years of civilian service from Langley Air Force Base with the First Fighter Wing.

Survivors include her husband of 46 years, Roy Heath; two children, Jim Heath and Kim Lee and her husband, Rich, all of Hampton; two grandchildren, Lindsey and Heath; one sister, Goldie Williamson of Newport News; and a brother, Roy Fox of Tennessee. In addition to her parents, she is preceded in death by two brothers, James “Dickie” Herbert Fox and Joseph Fox.

The family would like to thank the staff of The Gardens at Warwick Forest for their care and compassion during her care.

A memorial service will be held at 3 PM Friday, January 31, 2014 at W. J. Smith & Son Funeral Home with Chaplain Will Lowrance officiating. The family will receive friends after the service.

Condolences may be left at www.wjsmithandsonfh.com.