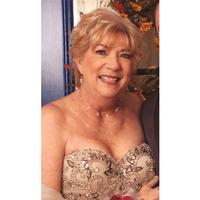 Loving daughter of Clara Szumanski and the late Stanley. Beloved wife of Joseph A. for 37 years. Devoted mother of Joseph M. (Jennifer J.) and Kevin S. Dear daughter-in-law of Marian Fydrych and the late Joseph L. and sister-in-law of Garry Fydrych (Kathy). Also survived by many close friends and family members.

Elaine was born and raised in the Port Richmond section of Philadelphia and was a very talented child, singing, dancing, playing the piano and ukulele. She appeared on local children's TV shows in the 1950's and 60s like Chief Halftown and Happy the Clown. Later in life, Elaine discovered her love of the theater, acting and comedy. Elaine became affiliated with the Broadway theatre in Pitman, NJ and appeared in a number of productions there, starting with their opening production of Nunsense as Rev. Mother. She loved performing there and appeared in numerous shows such as: Vera in ‘Mame’, Mrs. Shinn in ‘Music Man’, Ms. Stephanie in ‘To Kill a Mockingbird’, Gypsy and Over the River and Through the Woods over the years.

Elaine was also a regular with Mr. Malcolm, Broadway’s children’s theater company where she played various characters over the years. She has also appeared in original theater productions at the Walnut Street Theater and the Adrienne Theater for Gay Feast in Philadelphia. Some other venues include: the Ritz, Haddonfield Play and Players, and the Woodbury Sketch Club. Her acting skills led her to do commercials, corporate videos and minor parts in a few independent films. She was a natural at comedy and her standup act was part of a Comcast local comic special in 2008. But her love for the theater and family overshadowed her natural comic ability and found she did not have the time to do it all right and decided to concentrate on the theater.

There will be a viewing from 7 to 9pm Wednesday evening and 9:15 to 10:15am Thursday morning at GARDNER FUNERAL HOME, RUNNEMEDE, NJ. Funeral Mass 11am Thursday at Our Lady of Hope Parish, St. Agnes RC Church, 701 Little Gloucester Road, Blackwood, NJ. Interment St. Joseph’s Cemetery, Chews Landing.

Elaine requests, “In lieu of flowers, please do not vote for Hillary Clinton”.